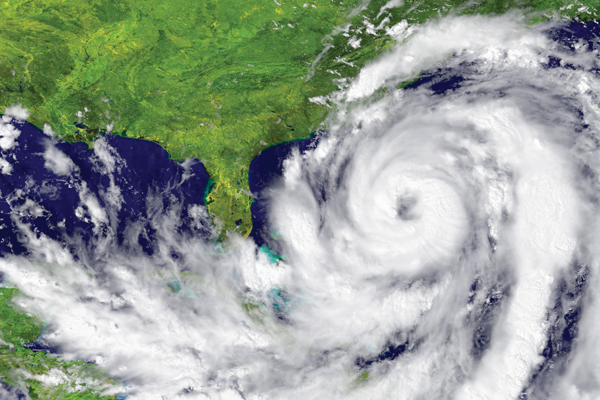 In the first half of 2017, a record $10.15 billion worth of syndicated insurance-linked securities (ILS) were issued, according to Steve Evans, owner and editor-in-chief of Artemis.bm, a Brighton, U.K.-based news and data service focused on the securities. Overall, as of November 2017, the global ILS market was worth some $90 billion, he says.

Much of this market is made up of catastrophe (or “cat”) bonds that see investors assume the risk of certain disasters such as hurricanes, playing the role of reinsurer. Generally classified as 144(a) private-placement securities regulated by the SEC, they can be traded only by qualified investors. But that’s only one piece of the pie. “Many transactions are now placed as collateralized reinsurance and then securitized privately for fund managers,” Evans says.

What exactly are these instruments? Where is this money coming from? And what should savvy advisors when they are considering the potential benefits and pitfalls of these vehicles?

What Exactly Are ILS Investments?

First, it should be understood that, as an asset class, insurance-linked securities comprise a range of alternative instruments accessible mostly to institutional investors. But Russell Hill, chairman and CEO of Halbert Hargrove Global Advisors in Long Beach, Calif., calls it a “quasi-institutional market.” He sees a fair amount of high-net-worth-individual participation.

“We have a pretty broad range of investors,” says Hill. “It’s a developing market, but the total market size is actually not large enough for some large institutional investors. Smaller institutions, many hedge funds and some RIAs use them, but in our case most of the people who own them are high-net-worth individuals.”

These securities represent a convergence of capital markets and the insurance industry. “Typically, when an underwriting insurance company decides it has too much risk in a particular area, it will sell part of that risk to a reinsurer,” explains Hill. The reinsurers, in turn, can raise capital and share a portion of that risk by issuing insurance-linked securities. “For them, this is capital that’s somewhere between straight debt and equity,” he says. “It comes from a different place on their balance sheets. So they want to issue it. They need the capital.”

And that need is growing, particularly in emerging markets, he says, where the insurance industry has developed along with the economies. “The more they develop, the more they insure. Then the reinsurance market has to take up that slack to help the local companies take that risk,” says Hill.

At the same time, bond investors are looking for yield in a low-interest-rate environment. Everyone gains, it seems.

Yet perhaps what makes ILS most attractive for investors is that these securities are not correlated with equity or bond markets. Catastrophes, after all, can happen regardless of what the S&P 500 or interest rates are doing.

“Yields will of course vary by year,” says Aaron Koch, a consulting actuary at Milliman, a Seattle-based consulting and actuarial firm, “but the underlying motivation for investing in the space is that the occurrence of natural catastrophes is generally uncorrelated with the performance of the financial markets, making insurance-linked securities an excellent portfolio diversifier.”

To understand ILS, it helps to understand a little about the insurance business. The insurance industry was ostensibly designed to help reduce clients’ liabilities in case of an unforeseen expense they can’t afford. But insurance is not charity; in addition to compiling actuarial risk data, companies have to sell policies to make a profit. “No one likes buying insurance,” observes Larry Swedroe, director of research at St. Louis-based Buckingham Strategic Wealth. “You pay a premium to protect against losses you can’t handle on your own, but you know the insurance company is covering its costs and making a profit.”

How can investors participate in that profit? One way would be to buy shares of leading insurers and reinsurers. “But the problem with that is, insurance companies have lots of other assets on their books—real estate investments, stocks, bonds and so forth,” says Swedroe. “You don’t want a piece of that. You just want to isolate the reinsurance risk.”

That’s where cat bonds come in. Each cat bond typically covers a specific set of risks, such as Florida wind damage. “That’s a problem for me,” says Swedroe. “Cat bonds are not very diversified. They mostly cover U.S. hurricane risk. You don’t see insurance companies that only cover hurricane risk, right? That’s not a good strategy.”

Another drawback of cat bonds, he cautions, is that they have become highly liquid and tradable. “That means you’re losing the illiquidity premium,” says Swedroe.

Consequently, he prefers a reinsurance “sidecar” commonly known as a “quota share.” This is a kind of risk-sharing arrangement that allows the investor to own a piece of a broader array of risks that the reinsurer covers. So quota shares tend to provide greater diversification than cat bonds while allowing investors to capture the illiquidity premium.

“Quota shares are privately negotiated pro rata slices of the book of business of a reinsurer,” explains Thomas Connelly, president and chief investment officer of Versant Capital Management in Phoenix.

Other Forms of ILS

A broad variety of components may be included in an ILS portfolio. “Perhaps the most important thing is to understand the full spectrum of instruments your ILS fund manager incorporates into the portfolio,” says Milliman’s Koch. “In addition to the $20 billion-plus of outstanding publicly traded securities, there is also upwards of $50 billion deployed into private reinsurance transactions by ILS funds.”

Whether publicly or privately transacted, each one is “a complex structured security,” says an official with the National Association of Insurance Commissioners (NAIC), who spoke on condition of anonymity. “Investors should pay attention to all aspects of how the security works.”

ILS investors can use alternative investment funds. These tend to be institutional and closed-end; they don’t trade on the secondary market and are largely illiquid. They can only be offered by a registered investment company. Like all mutual funds, they are regulated under the Investment Company Act of 1940.

“We’ve been noticing that there have been fixed-income mutual funds changing their restrictions to include cat bonds,” says Connelly at Versant. “Not that they’re devoted to cat bonds, but they are allowing them as an option.”

Make no mistake: These are not securities that uninformed or unprepared investors should even consider. “If you’re using this asset class, if you’re investing in one of those funds that has cat bonds as part of its palette, you want to make sure you don’t treat it like any other bond,” cautions Connelly. “You really need a manager who understands the market, the risks, the cyclicality, and so forth. A manager who will display patience and discipline with the capital. You can’t just say I’m going to put cat bonds on my menu and diversify.”

Swedroe adds that ILS investments are always for the long term. “You should never buy this stuff for the short term,” he says. “And this isn’t the kind of thing you should do in isolation. You can build a portfolio of alternative investments, all of which have low to no correlation with equity or bond markets.”

Large and complex as the market may be, it’s far from a Wild West frontier. Transactions occur in regulated marketplaces.

“There are independent modeling firms that compile pricing estimates,” says Connelly. “They exercise rigorous price discovery and transparency, a process of valuing the underlying risk of whatever is insured that, to me, seems a lot more rigorous than most credit modeling.”

In fact, as an asset class, they are “highly regulated,” Evans says.

Moreover, the infrastructure behind ILS is well established. “Whenever we look at any kind of alternative investment, we need to ask, is there a real reason this exists, or is it just some kind of temporary or popular phenomenon?” says Hill. “Well, with insurance-linked securities, there is a real reason why they exist. … This is a market that has a real need and should, over time, return a reasonable profit for the risk-takers.”

The ongoing growth of this market seems a natural consequence of several factors. “[The] growth comes down to the efficiency of ILS capital,” says Evans, “making it a very attractive source of reinsurance protection [that is] increasingly sought out by insurers and reinsurers,” and it’s also something in demand from investors who want a relatively uncorrelated asset class.

But has it grown too fast? “We’ve been tracking the growth of ILS since 1999, and the market’s size has increased steadily over time,” Evans says. “There have been bursts of activity in certain years due to market forces in reinsurance, but I would not say growth is too rapid at all. In fact, it could have been more rapid were it not for external factors such as the global financial crisis.”

He warns, however, that investors shouldn’t get carried away. “Allocations should be a small percentage of an overall investment portfolio,” he says. “Investors should … remember that one year of losses can easily be recouped by maintaining a place in the market.”

Clearly, an ILS investment can be volatile in the short run. “But over the longer term,” says Evans, “it tends to exhibit much more stable returns than many equivalent asset classes and with much less correlation to financial markets. Hence, it’s an attractive alternative asset class for investors with large portfolios of traditional assets.”